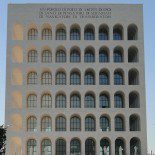 I developed a sudden passion for Borromini’s work. It took me five years to start looking at Baroque Rome (too much to see for one city), and all I can set my eyes on now is Borromini. His architecture has some magical qualities: it is airy and refined; it doens’t try to impose on you, it takes you in. Francesco Borromini was born in 1599 in the Italian part of Switzerland, and  together with his contemporary Bernini, became a symbol of Baroque Rome. However, the two of them were different in all respects. They were just as gifted, but Borromini was more of a solitary figure, who didn’t have strong social skills, whereas Bernini was flamboyant and charismatic and became the favorite artist of many popes as a result.  He produced many outstanding marble sculptures, but he is mostly remembered for his colonnade on St Peter’s square, the Baldachin inside the Basilica and his fountains around the city. Bernini as an artist glorified the catholic church at the time.

Like Bernini, Borromini is all over Rome, often standing next to his rival, but his work has a more discreet quality. He is famous for many churches including Sant’Agnese on Piazza Navona, San Carlino alle Quatro Fontane near the Quirinale, the Oratorio dei Filippini on piazza della Chiesa Nuova and St Ivo alla Sapienza, considered by some to be his masterpiece. He started his career as a stone mason in Switzerland and then Milan, but really stood out as an architect in Rome.

Borromini is surprising. His work is in some ways deeply original, very inventive and unlike any other work of that time.  It is full of curves, spirals and concave and convex lines. As Bernini’s career flourished in the Court of the Popes, Borromini’s was somewhat restricted by his bad temper, which affected his relationship with patrons.  He ended up committing suicide at the age of 65, but still managed to leave a great legacy behind. 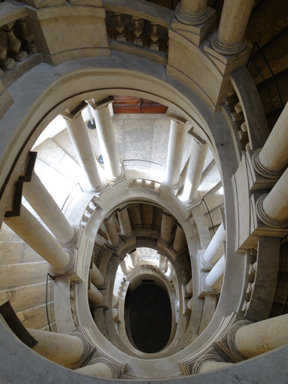 He died alone, but his work has passed the test of time, and today it is as fresh as ever, as if all his soul and passion went into it, leaving nothing for him as a man. His emotions are in his work and we can feel it.